Invite us into your inbox! We promise we won't overstay our welcome - we'll pop up once a month with updates on industry trends, best practices & new strategies.

Q&A With the Authors of The Web Project Guide

From early logistics conversations to the book's publishing, distribution, and marketing, it's been a long road to the finish line for The Web Project Guide. Blend's CEO Karla Santi sits down with authors Deane Barker and Corey Vilhauer to discuss the book and the process.

Although I'm not an author of The Web Project Guide, I've had a front-row seat watching the book come to life.

From early logistics conversations about budgeting time and money to the book's publishing, distribution, and marketing, it's been a long road to the finish line. With three years of hard work on the book behind us, I thought it would be a fun time to ask Deane and Corey some honest questions about what it was like co-authoring the book.

Since this book is Corey’s first and Deane’s fourth, I thought it would be cool to hear a bit about what it feels like wearing the title of “author” and their writing background:

What was it like to co-author a book together?

Deane: Great for me. Less so for him, probably. I whined a lot.

Corey: Despite all the whining, it was actually really good. Deane and I come at things from opposite directions — I looked at each chapter from an open-ended, people-focused direction, while Deane brought in the technical and logical details I might have undersold or glossed over. It’s a good mix of detail and generality, which makes for a great pair.

Karla: I can attest that there was a fair bit of whining involved.

Do you have a routine you do to prepare for sitting down to write?

Corey: I don’t, honestly. I did my best writing in the evenings, and I needed to be somewhere that wasn’t at home, though I did a LOT of editing at home.

Deane: I wish. Every session is different. When I would get writer’s block, a couple of Coors Lights would normally loosen things up.

Corey: To be fair, a couple of Coors Lights loosen up a lot of things, I suspect.

What would you do if you had to do something differently as a child or teenager to become a better writer as an adult?

Corey: Deane’s got the right idea here. I stumbled into writing as a copywriter, and now I continue to write as an extension of my current career in web strategy. If I’d have done any formal training or practice, I suspect I wouldn’t enjoy it anymore. It wouldn’t feel real.

Karla: That’s really great advice. I feel like using Grammarly has only accentuated my overuse of commas, and made me second guess my own tone and voice.

How did working on your first book change your process of writing?

Corey: I didn’t change much, personally. I’ve been writing as both a hobby and for work for over 15 years, and the model of the book — 24 chapters that began as self-contained capsules — lent itself well to continue on the same routine I used for longer-form blog posts: a lot of research, a lot of notes, and about 5,000-too-many words that eventually get cut into a logical whole.

Deane: I learned to take my time. The story isn’t going anywhere. Start at the beginning, because the resulting text won’t take nearly as long for someone to read as it did for you to write.

How many unpublished and half-finished books do you have?

Corey: None. I have three treatments for potential books that I have long given up on.

Now that you know a bit more about Corey and Deane, let’s hear what they had to say about the Web Project Guide in particular:

In what location did you write most of the Web Project Guide?

Corey: The first few chapters were written at the Jones421 building here in Sioux Falls — there’s a coffee shop called The Source that, at the time, was the only non-Starbucks shop that would stay open past 8 p.m. For later chapters I got into a good routine of writing at the office — the office was usually empty, because this was deep into the pandemic.

Deane: All over. I wrote a fair amount of it when I traveled in Europe. I remember writing the content inventory chapter in Stuttgart, the integrations chapter in London, and the rest all over the place.

If the Web Project Guide had main characters, what would you name them?

Deane:  Well, there is an extended conversation in there with “CMS,” so I’d probably start there. (His real name is Clarence, but he’s never loved it.)

Corey: The character of CMS is my hero. They are wonderful, and I wish we’d have included CMS as a bigger part of the entire book.

What was the most challenging part of writing this book?

Corey: Cutting things down. Each chapter is a small look at a part of the web process — or the web industry as a whole — but many of our individual topics have been tackled by other authors as entire books. The “Organize Your Content” chapter, which is essentially a chapter about information architecture, tries to boil down in 20 pages what Morville and Rosenfeld’s Information Architecture for the World Wide Web details over nearly 500 pages. The biggest challenge was knowing what concepts required more focus, which ones warranted a brief mention, and which ones were too in-the-weeds for a primer/guide-level book.

Deane: Writing it with two people and trying to get it to make sense. The entire concept of the book was spread across two heads. We duplicated in some places. It took some effort and orchestration to figure out who was going to write what, and more than once, we realized we had both written about the same thing in different chapters.

How many hours do you think it took you to write this book?

Deane: I actually timed the content inventory chapter. It was 4.5 hours to a first draft. So, multiply that by 24 chapters, and triple it for editing, then add in another round for external editing and revision, and you get...500 hours?

What drove you nuts about your co-author during this process?

Corey: The hardest part of working with any writer — and, honestly, the reason why it’s important to have a second set of eyes on any writing project — is that writers tend to overvalue their own work, which means it’s harder to cut things down. I did this for Deane. Deane did this for me. It’s not about how much we drove each other nuts, and more about how well we could convince the other that something should be removed.

Deane: Ha! Nothing at all, though I probably drove Corey up the wall.

Lastly, I dug deep and asked the hard questions:

What is the first book that made you cry?

Deane: I don’t know that one has?  I was pretty affected by Elie Wiesel’s account of his time in concentration camps during WW2, but I’m not sure I’ve cried at anything.

Corey: Rascal by Sterling North, because I loved raccoons and the protagonist had to let his raccoon go because of bullies.

Karla: I remember reading Where the Red Fern Grows in elementary school, and then they made us watch the movie in class as we all fought back tears. Ugh.

What is your favorite childhood book?

Corey: My first favorite book was Rascal, as mentioned before, but the book I still carry from childhood is The Once and Future King, a retelling of the story of King Arthur. I’m also a devoted Calvin and Hobbes fan, though, and they have stuck with me longer than any raccoon book ever could.

Deane: The Girl Who Owned a City by O.T. Nelson. It’s the first book I ever read twice.

How long have you known each other?

Deane: I met Corey about 15 years ago, just from around the Sioux Falls digital industry. I hired him...12 years ago? I have been his friend ever since, though I’m not sure the inverse is true.

Corey: It was actually at a “blog meetup” around 2005, I believe, at a coffee shop here in town. We kept in touch from time to time until he hired me at Blend.

Karla: Fun fact - I have your early email correspondence from back in the day (thanks, Gmail). Corey came to a Blend lunch on my birthday in December 2009. There was talk about the Web still being "new" to old school marketing minds. Back when Web was capitalized.

What is your co-author's greatest strength?

Corey: I mention this above, but the ability to pull logical references and explain complex technical ideas in ways that are understandable to those not familiar with the language or deeper concepts.

Deane: He’s just a great writer. Seriously. The writing Corey did for this book was the best writing I’ve ever seen him do. He wrote something like 12 of the first 14 chapters, so he set the bar pretty high. So many pop culture references…

As you can see, this duo made an excellent pair while authoring this book. Filled with excellent writing, it’s also beautifully designed and something we’re really proud of at Blend. Thanks to Corey and Deane for sharing your knowledge with the masses, and a special thanks to those that helped edit, organize, project manage, develop a website, post online, share with friends and colleagues, unbox, repackage, sponsor, and rave about our book. <3

Get to know The Web Project Guide.

Building and managing a web project is a big, complex process. With The Web Project Guide, we want to bridge those gaps to help understand how each stage of the website process fits in with the next. 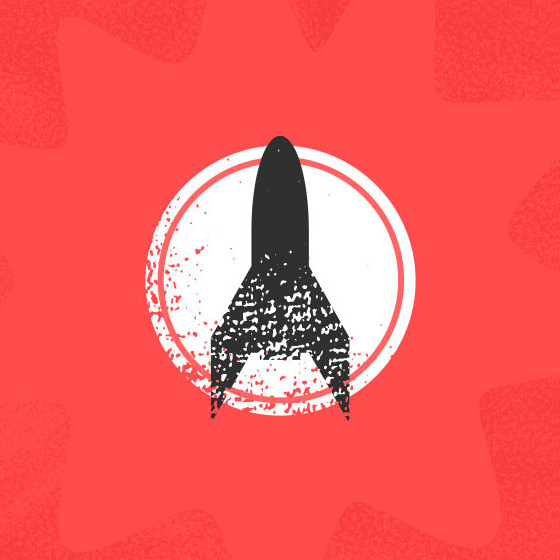 Join The Web Project Guide co-authors Corey Vilhauer and Deane Barker in a chapter-by-chapter expansion of the book's topics.

Listen to the podcast.